The mission of The 1964 Rugby Foundation is to establish rugby as a viable alternative sport in Northeast Ohio; and to promote the sport on the local, state,national and international levels by developing Northeast Ohio into a preeminent center for the sport by financially and strategically supporting the game at all levels.

Skip to the #vision section

To assist those in the rugby community to live happier, healthier lives through participation in the sport and culture of rugby in an environment that promotes physical fitness, camaraderie, and community responsibility across the lifespan.

Skip to the #impact section

The 1964 Rugby Foundation has donated over $80,000 to local rugby clubs and organizations in Northeast Ohio and the Foundation continues to champion the cause of rugby development in our area and beyond.

Skip to the #donate section

Donate to the foundation Donate

The 1964 Rugby Foundation, a 501(c)(3) charitable sports organization, was founded in 2004 and charged with the responsibility of growing and supporting the sport of rugby football in Northeast Ohio. Named for the year when rugby was founded in Cleveland by the noted Cleveland orthopedic surgeon Dr. John Bergfeld, The 1964 Rugby Foundation has donated nearly $70,000 to local rugby clubs and organizations. Recently, the Foundation has increased its focus on improving community awareness of our mission, vision, and goals, and is emphasizing a developmental approach to broaden the base of players, fans, and supporters. Thanks for your support!

ALL TABLES INCLUDE 8 TICKETS

ALL MAJOR CREDIT CARDS ARE ACCEPTED.

The “BUY NOW” buttons below will direct you
to a PayPal payment page, where you can
pay using an existing PayPal
account OR you can pay as a
guest using a debit or credit card.

One table at the event
Advertising announcements 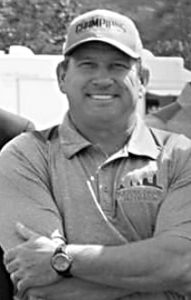 Jason Fox was recognized as an accomplished varsity athlete at St. Edwards High School and the University of Houston, setting records in track and field at both schools. Medals in his pockets, Jason turned to rugby, which he’s played at the highest levels – highlighted by his selection to the Midwest territorial team, playing internationally for Atlantis, and his selection to the USA Eagle player’s pool.

Outside the touch lines, Jason has continued his success as a coach, founding the nationally-recognized rugby program at St. Edwards High School. Later, at Notre Dame College here in town, he won a Division 1 National Championship and recognition by USA Rugby as the Collegiate Coach of the Year. Jason’s contributions to the great sport of rugby are many. The 1964 Rugby Foundation is pleased to honor Mr. Jason Fox as a 2021 inductee into the Cleveland Rugby Hall of Fame. 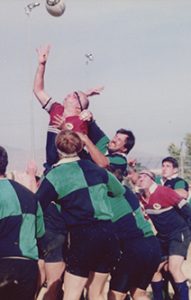 Tony Vegh is recognized as a tough competitor on and off the field. In a playing career that spans three decades, Tony played for the first fifteen on several nationally-recognized club sides, and was duly rewarded with selection to the Midwest territorial team. Later, Tony captained the fabled Dolomites, an invitation-only travel squad of nationally recognized old boys.

As a coach, Tony hasn’t missed a step. After coaching for the Cleveland Rugby Club, he went on to help found and coach the St. Ignatius High School varsity rugby program, where he still coaches today. The Wildcats won six state championships and were national runners-up in a very close match earlier this year. Tony is recognized throughout the Cleveland rugby community as a leader, a mentor, and a friend. The 1964 Rugby Foundation is pleased to honor Mr. Tony Vegh as a 2021 Cleveland Rugby Hall of Fame inductee.

FUNDRAISING AT THE RUGBY BALL

The silent auction is an event where donated items for sale are displayed for you to assess and place bids on, with the highest bidder winning that item.

Raffle tickets to win a wheelbarrow loaded with spirits will be available at the Rugby Ball. Feel free to donate a bottle yourself!

Raffle tickets to win a mountain of your favorite beers will be available at the Rugby Ball. Your favorite six-pack is welcome!

The luxurious Intercontinental Hotel has reserved a limited number of rooms for attendees of The Rugby Ball II. The cost is only $139 for the night! To reserve your room, simply click on the link below.

appreciates your support!
If you have any questions or comments, please email us at president@1964rugby.org

Connect with
the 1964 Rugby
Foundation

Interested in staying in touch? Sign up to receive our newsletter. We promise we'll only send you 1964 Rugby Foundation and Northeast Ohio rugby information.

Get updates and event information by
Following us on Facebook

DONATE to the 1964 Rugby Foundation

Thank You for your commitment to community growth and character development through the game of Rugby. Your contribution of any scope is eternally appreciated!

The DONATE button will bring you to PayPal where you can make a safe and secure donation to the 1964 Rugby Foundation.

Request Funding from the 1964 Rugby Foundation